As soon as tea lover Pauline jumps onto the counter of her mother’s tea shop, two things happen:

One. Her voice freezes. As a professional mascot, she’s not used to actually speaking to a crowd.

Two. She discovers that Todd, the quiet, new help, doesn’t know how to serve a horde of tea lovers.

With his employer’s daughter towering above him on the counter, two questions race through Todd’s mind:

One. Does Pauline know that all he can do is boil water?

Two. Does she recognize him from his international—now failed—ballet career?

Pauline longs to return to her hidden life in the public, and Todd does everything possible to continue hiding from the public. But in the time it takes to heat up the kettle, steam between them begins to rise. There are only two problems: Todd can’t tell a Darjeeling from a Ceylon, and Pauline a pirouette from a Baryshnikov.

"Pauline is a strong, confident woman. [...] Todd is a good foil to her character. They seem so different. This story explores their emotions so well you feel like you are right there."

“Mother!” Pauline slapped a hand to her forehead. “There’s probably a line-up and he’ll have no idea why!”

“Oh, he’ll be fine. He’s a retired teacher. He can handle thirty people at once. It’ll be just like when he was at school.”

“But not thirty regulars of Claire’s Tea Shop who know exactly when your sales are and are expecting to see you behind the counter and not some strange man.”

“Sorry? Oh, yes, of course. My Darjeeling, honey, I need to go. They’re taking my blood. Bye!” Claire hung up.

Richard was laughing. “Yup, loopy from the pain medication. And not used to having to communicate her plans to someone else. Explains why no one was there yesterday, apart from it being a Monday. Poor guy was probably wondering why Claire hired him.”

He turned right onto Belmont Avenue.

Pauline’s heart beat faster than it did before a game, but for the life her she couldn’t imagine why. Although it had been a year since she’d last helped in the shop, she’d grown up there. Yes, she’d be a bit rusty in some respects, but keeping an arena of thousands of fans entertained was a lot harder than selling tea to a few dozen people.

Richard stopped the car in front of the shop. All the parking spots were filled, and the lineup went out the door.

“I’ll have to park farther down. I’ll bring your laptop in for you and take your luggage to the house later.”

Pauline sprang out of the car and squeezed her way through the crowd, receiving a few scowls and angry comments. Although younger people certainly shopped at Claire’s Tea Shop, to be a “regular” you had to be over sixty, ideally with a deceased parent who had shopped at Claire’s first. The biggest part about Claire’s sales wasn’t the twenty-five percent price drop, it was the new blend release. Pauline hoped her mother had at least pre-packaged it on the weekend.

Pauline couldn’t see past the crowd inside despite her height; the counter was set back too far. But the store was packed, tempers were running too high for what should’ve been a group of polite tea drinkers, and behind this crowd was some poor guy who had no clue what was going on.

Pauline had to take control of the situation quickly. She moved through the crowd and jumped up onto the empty side counter. Her stunt worked: all eyes were staring at her.

But not at Perry the Peregrine, mascot of the Toronto Peregrines men's hockey team. She could actually see all eyes on her. Now she had to say something. She hadn’t thought that far ahead. She couldn’t very well mime her message. That would look ridiculous. But as a mascot actor, she was the exact opposite of a practised public speaker. The room fell quiet.

She had to say something.

She sounded like she didn’t know who she was. Who else would she be? But the introduction worked. Murmurs of recognition travelled through the crowd. Pauline continued, her voice flowing a little freer now. “We’re really sorry for the chaos today. My mom had an accident and dislocated her knee yesterday.”

The atmosphere in the room changed immediately. Pauline could see her father outside. She relaxed, her confidence now returned.

“This is—” She gestured toward the man behind the till, and almost fell off the counter. Expecting him to look like a retired teacher--balding, overweight, in other words, over sixty and stressed--she found instead a man with a warm smile and grey temples who was extremely fit. He was clearly in his forties.

How could he be a retired anything?

She must have had nerves of steel to command attention that way. Todd didn’t have the guts to jump on a counter like that, even if he’d owned the business.

He found her stature unique and intriguing, but her gumption intrigued him the most.

She bent over to talk with him, and her cheeks turned bright red. “This is embarrassing,” she said. “I’m sorry, what’s your name again?”

“Todd.” He swallowed his sigh of relief. She hadn’t recognized him.

She stood back up. “Todd started yesterday, so he’s just learning. He’s an excellent teacher, but you all know only Mom really knows her system of teas. However, she wouldn’t want anyone leaving today without her new blend, and that’s why you’re all here. Plus whatever else you’d like to buy today. As you can see”—she gestured to the wall of tea—“we’re stocked. We’ll move as fast as possible. Thank you all for your patience.” She beckoned to Richard, who was still standing outside, and the crowd let him in.

Pauline jumped down from the counter. She was actually two inches taller than Todd, wore her hair short, had broad shoulders…Get your head in the show, Todd Parsons, he thought. You’re here to work, remember?

“Can you do cash?” she asked as she wiped down where she’d stood with a bleach solution.

Todd nodded. At least he hoped so. With no customers yesterday, he had only rehearsed different scenarios on the POS system.

Richard approached the front, smiling and shaking his head. “We won’t tell your mother you did that.” He looked at Todd. “It’s a thing, Pauline and countertops.” He rubbed his hands together. “How can I help?”

Todd loved how this family helped one another. His mother, when she was alive, had helped wherever she believed she was needed, including with Todd’s career.

“Can you go to the back room and package some of the new blend?” Pauline asked her father. “I have a feeling Mom was going to do most of that yesterday. These are Mom’s regulars, so one-hundred-gram bags should be good for now. Even if you help for just an hour to get us ahead, that would be amazing.”

“Sure thing. I’ll leave your bag back there, too.” Richard disappeared into the back room.

Pauline returned her attention to Todd. “Mom probably didn’t show you how to do discounts, right?”

Todd shook his head. This woman was just a little intimidating. She appeared to function at a breakneck pace.

She quickly showed him how to enter discounts and then began taking orders, deftly pulling down jars from the shelves, weighing and packaging tea on the fly. She took sandwiches and snacks from the glass counter and wrapped them up for each customer who asked. Customers introduced themselves to her, and Pauline smiled as she appeared to remember who they were.

Todd did his best to stay focused on his sole task, and he believed he did it well given his minimal training. But two thoughts kept pushing into his mind. First, in all his travels, he’d never met a woman like Pauline. Confident—except apparently in public speaking, but then she was endearing—professional, muscular, athletic, ready to literally jump in and help out. Second, why would Claire hire someone like Todd when her daughter could obviously run this place as though she’d worked here her whole life? 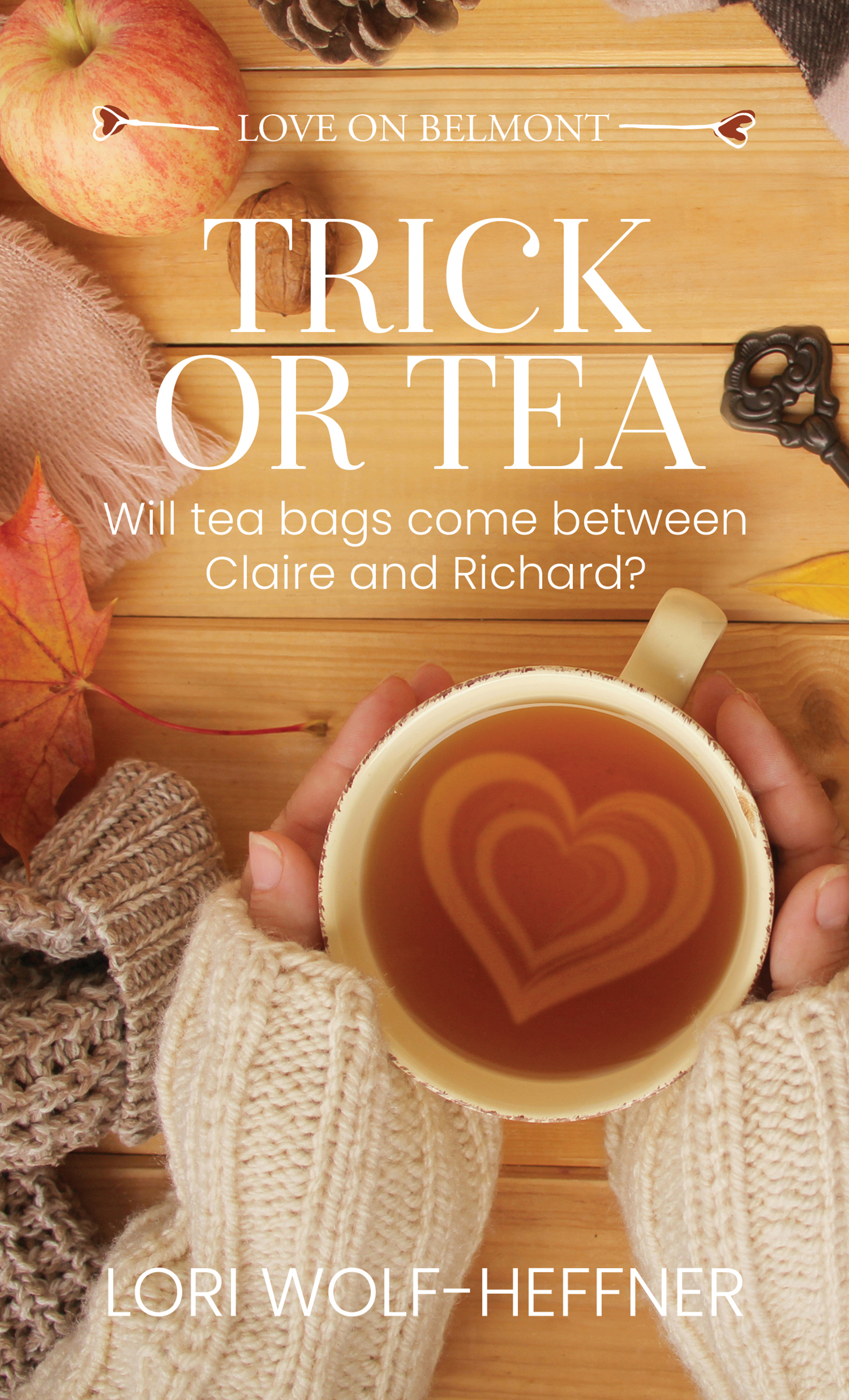 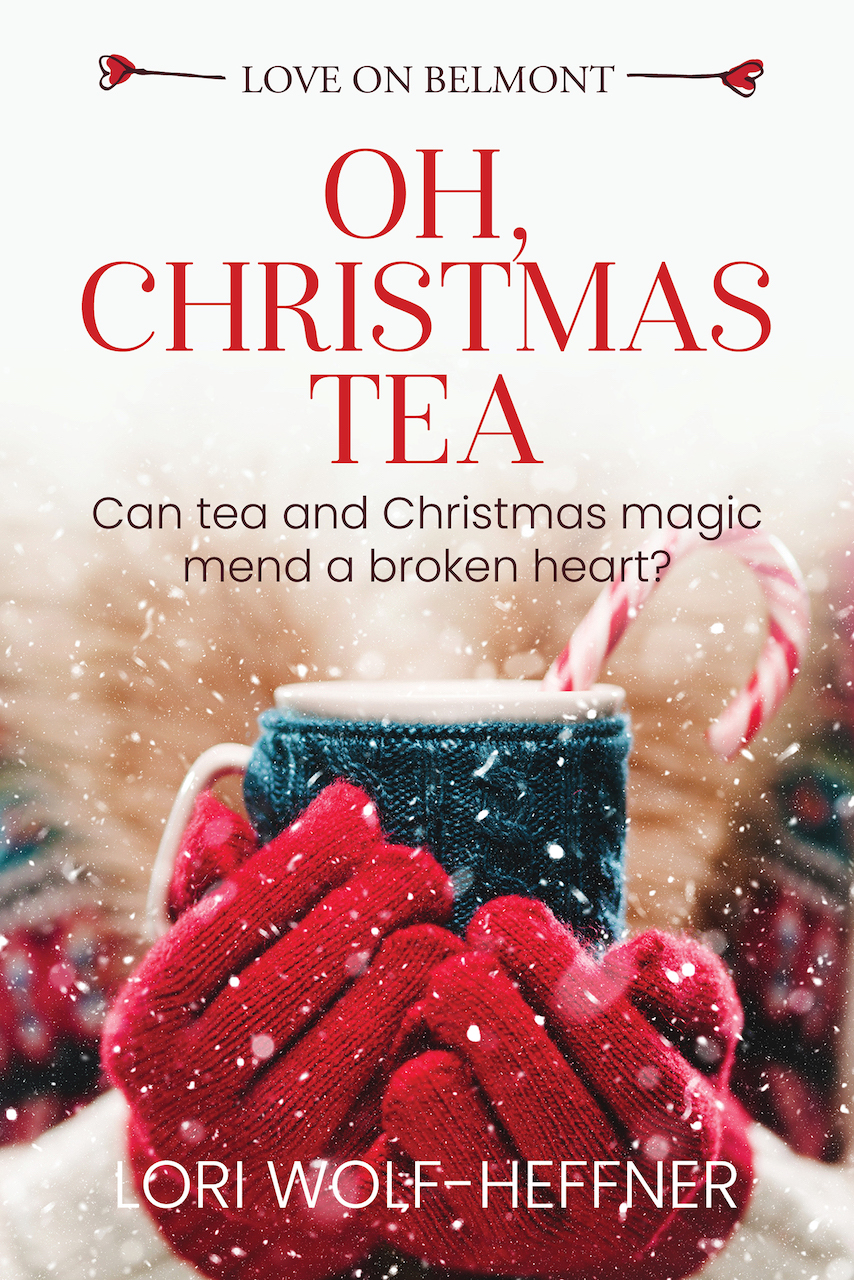 And that's why she uses dance as a backdrop in many of her stories.
Oh! And she's also spent a day in Luxembourg and 15 minutes in Switzerland, and she can still do cartwheels.